So many creative and talented people have come together to help make our Indiegogo campaign so successful. We still have over two weeks left to go on our campaign and there are still many many great gifts from the «Artist»category available. Please look closely at the items below as they may make an excellent holiday present for your loved one.

My inspirations come from Japanese ancient philosophy that values nature and Latin-American joy. The brand name «Arándanos» means Blueberries in Spanish. Just like the sweet and sour taste of this fruit, I would like to keep on making cute and sophisticated accessories. I’ve started making accessories by myself, because I was seeking for cute ones, but I couldn’t find many, and also I really enjoy making them on my own time. I LOVE THE MIXTURE OF JAPANESE AND LATIN AMERICAN ESSENCES.

Ikon (Visual Artist/Filmmaker) was born and raised in Alexandria, Egypt. A multidisciplinary visual artist and filmmaker mainly focusing on issues of identity, personal expression and experimenting with different elements and forms. Working with current affairs, futuristic projects and art development collaboratively and individually. «One Eye Open» is a series of short films, Ikon made reflecting upon his one year living in Japan.
http://www.ikoneatsart.com 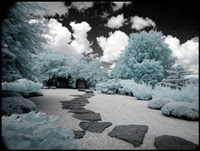 My artistic interests are vast and I often find them overlapping. This makes it difficult for me to declare any one field as my concentration. I go through phases and shifts in personality and mindset. This often dictates the medium with which I work. The consistency however, is that no matter the medium,

I’ve taken a minute particle of thought, developed it into an idea and (with a little luck) brought it to manifestation in physical form. I find this the ultimate satisfaction and a strong metric towards the measure of success.

This photograph of a Japanese garden is my attempt to gain an understanding of my own existence. I can’t explain the feeling that overcomes me when I visit a place like this. The best I can do is attempt to capture it’s essence as it appears to me; an abstract, dreamlike recollection of a familiar place once visited.

Ken Niimura (Illustrator) At the crossroad of Japanese, European and American traditions, JM Ken Niimura (born in Madrid, October 19, 1981) has developed a dynamic, vibrant and humorous style of his own. His comics can be read in six languages and his illustrations have been seen in many countries. Active in the self-publishing field, he won several contests. The publication of I Kill Giants brought him to the attention of the American industry, earning him and writer Joe Kelly a nomination to both the Eisner and Eagle Awards. JM Ken Niimura now lives between Madrid and Montréal, flying off to Tokyo whenever he gets the chance.
more >>

Michael Arias is an American-born filmmaker active primarily in Japan. Though Arias has worked variously as visual effects artist, animation software developer, and producer, he is best known for his directorial debut, the anime feature on Tekkonkinkreet, which established him as the first non-Japanese director of a major anime film. 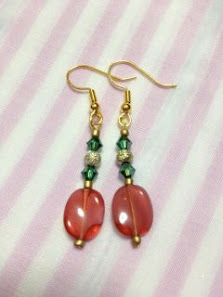 Mya was born in Kanagawa, Japan in 1987. A graduate of Sophia University in Hispanic Studies( Languages & Cultural studies in Spain and Latin America countries). She started to learn English and having a communication with foreign people when she was 3 years old. She lived in Madrid from 2007 to 2008 as an exchange student and majored in History of Arts at Universidad Autónoma de Madrid. Now she works at Tokyu Department Store Head Office with her Japanese,Spanish and English skills for serving non-Japanese speaker customers from overseas.

Takeaki Yamazaki (SOLD OUT) Painting Size 20cmX25cm (8″X10″). Takeaki Yamazaki is obsessed. He is obsessed with obsession. Born and raised mostly in southern California, the land of phantasy and facade drove him to travel to satisfy his wanderlust. Moving to Japan and back a few times provided the opportunity to explore other states of consciousness and creativity through another cultural perspective. Creativity is the primary obsession that drives Takeaki, presenting him the will to constantly experience life anew. Taking a ‘renaissance man’ approach towards creativity, he is an avid explorer in various ways of artistic expression: writing, music, painting, drawing, and more recently, concocting installations pieces. 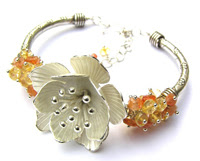 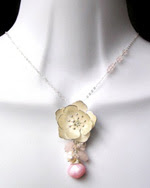 «Sakura» is the Japanese word for «cherry blossom». It is a name I chose because my hope for my designs is for them to be delicate, luminous, ephemeral and beautiful like Sakura and I also wanted to honour my half-Japanese heritage. This is also why Sakura feature quite prominently in some of my designs.

Jayson Carpenter (2 prints) is a photographer based in San Francisco specializing in humanitarian, commercial, editorial, travel and people photography. He has traveled to Japan numerous times and was active in the volunteer efforts in the Tohoku area this past spring. The Taxi Photograph print is 11x 14inches.
http://www.jaysoncarpenter.com